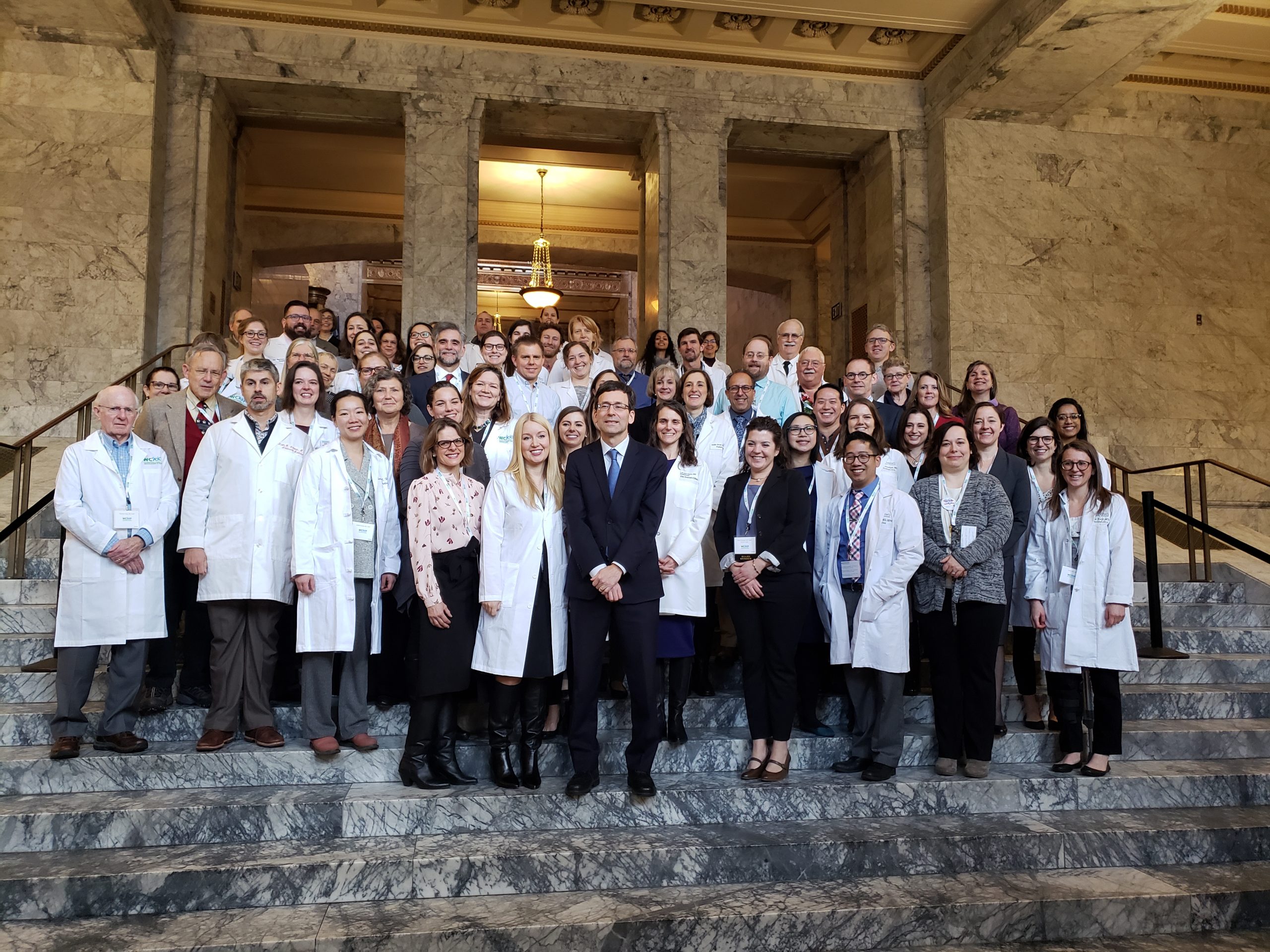 Once again, WCAAP’s Advocacy Day was a great success! Nearly 100 Chapter members from 29 of Washington’s 49 legislative districts braved the snow to travel to Olympia for a day of action as advocates for children. Many were first-time attendees, and we had a dynamic group of resident pediatricians who strode into legislative offices like seasoned pros. Our sincere thanks to each of you for making the time to join us.

This year, Advocacy Day was held early – the second day of the legislative session – and we are seeing the benefits of our presence at the capitol so early this year. We had the opportunity to frame child health issues right from the start of session and WCAAP members’ work with legislators continued after advocacy day — including meetings with legislators in their home districts on extending post-partum coverage and improving kids’ access to mental health care. Our January advocacy day allowed WCAAP members to get acquainted with our priorities early, and many have returned to Olympia to testify. WCAAP members have already testified at 16 committee hearings and submitted written testimony at 6 more! 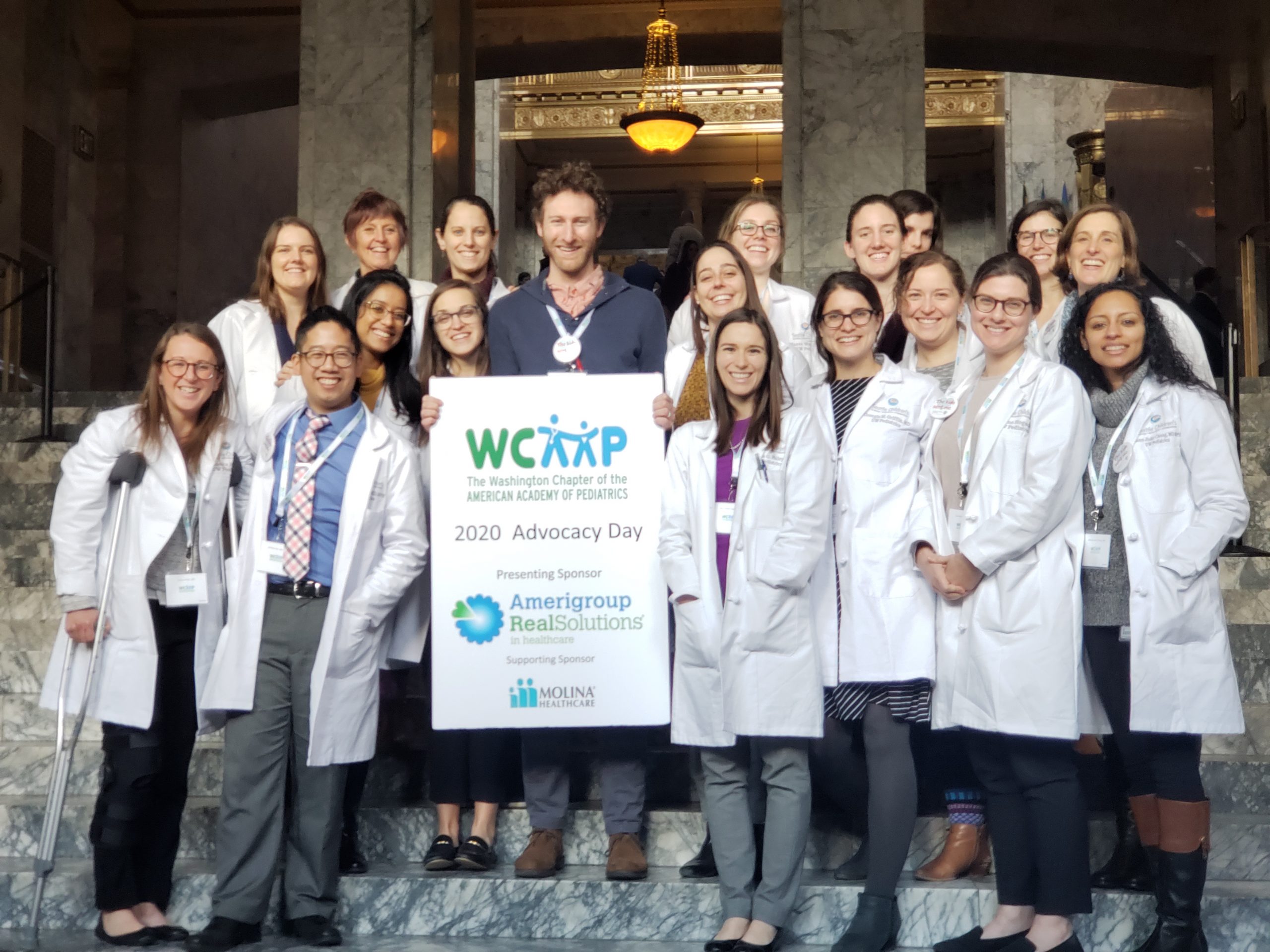 Attorney General Bob Ferguson kicked off the day by highlighting his commitment to policies which benefit families, including several that WCAAP has partnered on: tobacco 21, firearm safety, and caring for immigrant families. We learned about the Alliance for Gun Responsibility’s legislative agenda from CEO Renee Hopkins, and Dr. Crystal Shen spoke about the impact of vaping on Washington’s youth and the work group created by Rep. Gerry Pollet to address the growing problem. We closed the day with a panel of some of our biggest legislative champions for kids — Senator Frockt, and Representatives Dent, Harris and Senn — sharing their advice and strategies on being effective in Olympia. 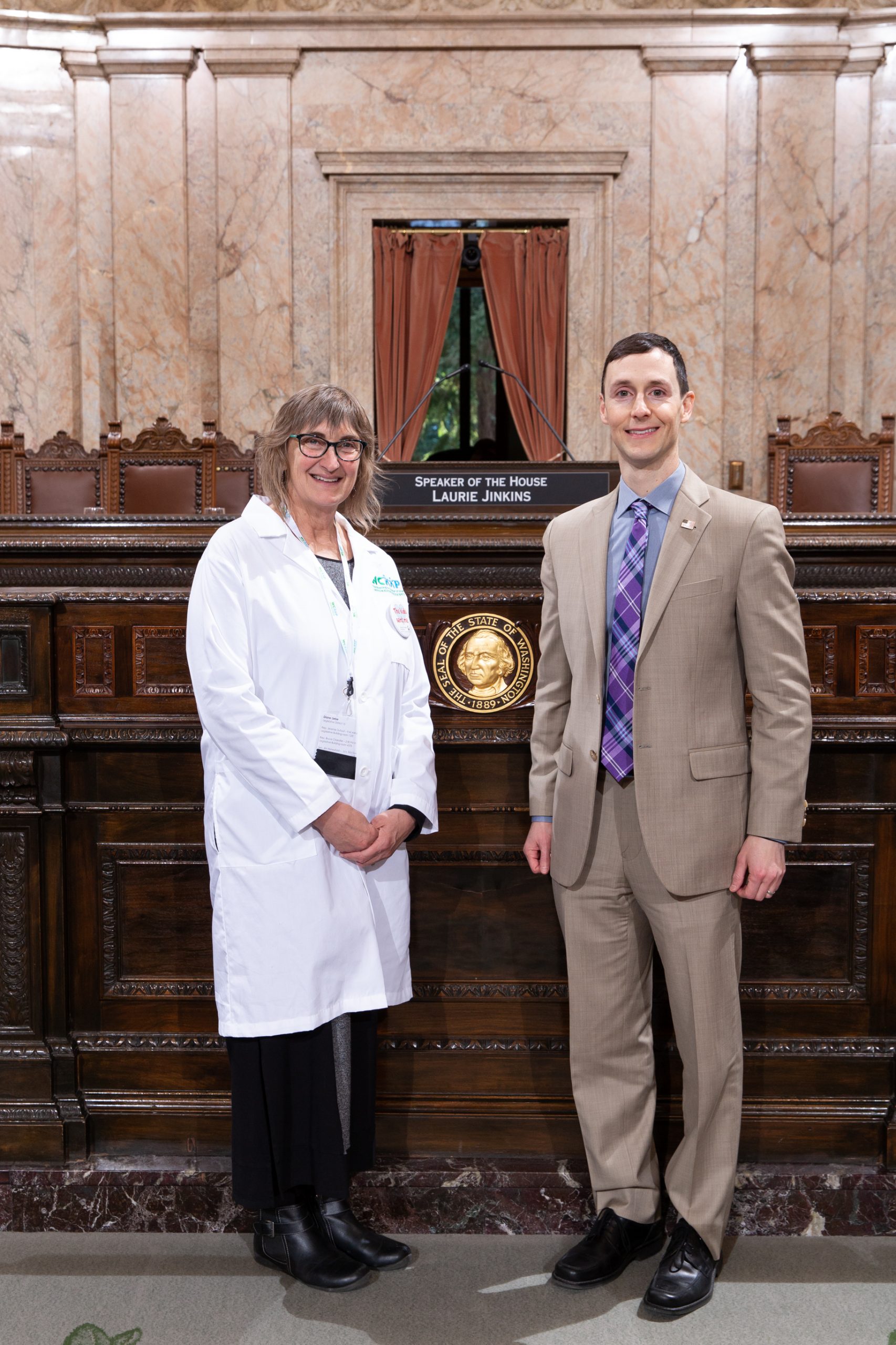 Finally, we had to share this story from Dr. Diane Liebe from this year’s Advocacy Day. “I had to share this with you.  The REAL reason that Rep. Dufault called me back to his office was to get a photo of us together!  After the pic, he personally took me up all of the “secret” legislative passages to personally accompany me to Rep Chandler’s office.  As I was not going to be able to keep my meeting with Rep Chandler, I was leaving my WCAAP materials with his office, and Rep Dufault took out a highlighter and literally highlighted the two priorities I had mentioned (Extending Medicaid to 12 months post-partum and Help Me Grow) for Rep Chandler.  Then he accompanied me personally back to the Columbia Room…I have never had any legislator so interested before.  He may be someone to work with in the future!” Thank you so much Diane!

We are so grateful to WCAAP staff and Legislative Committee members who worked tirelessly to make Advocacy Day a great experience for all, and we’re already looking forward to next year. Put February 5, 2021 on your calendars now and join us next year!