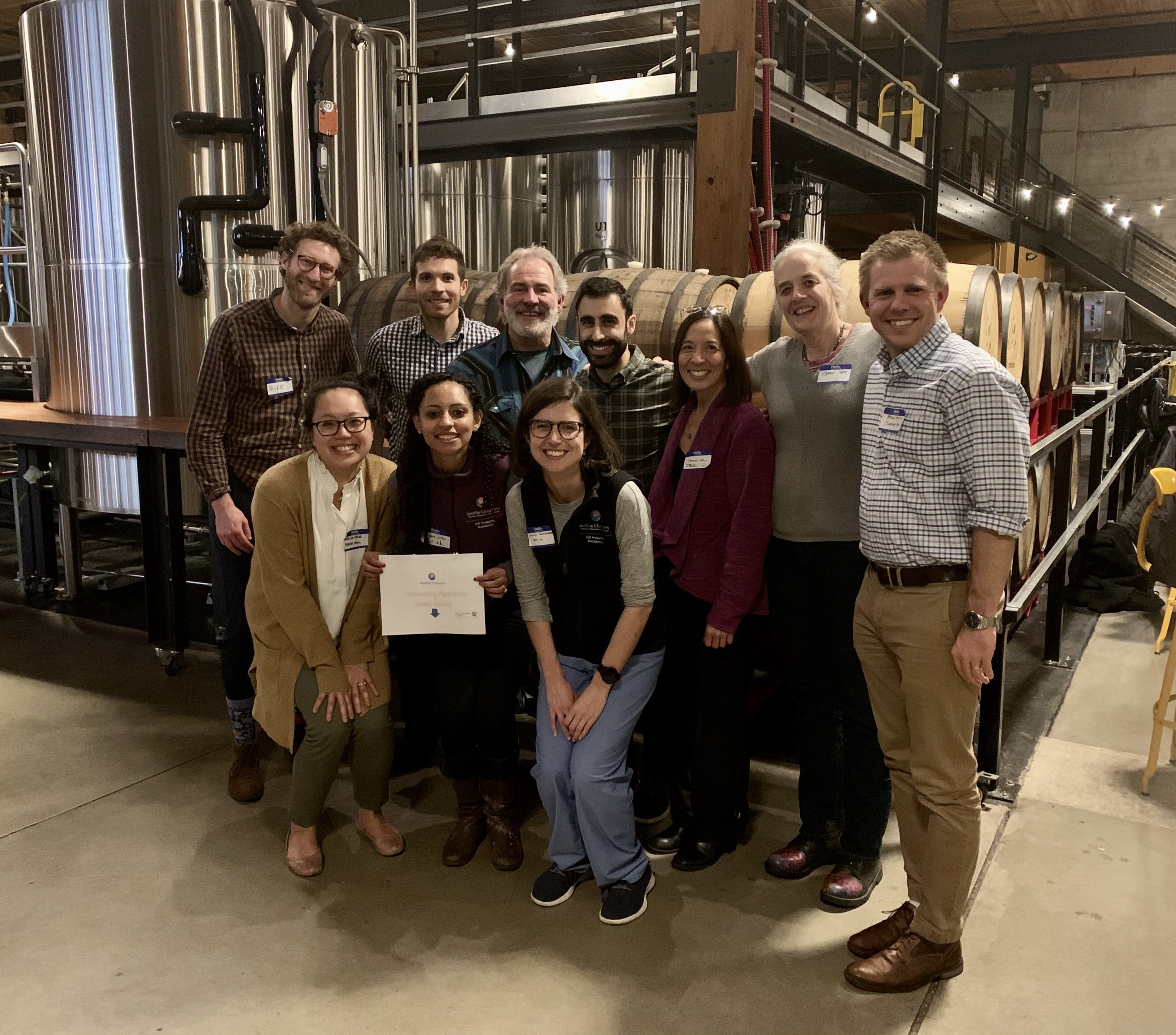 In an effort to provide additional exposure to community pediatrics for Seattle Children’s (SCH) pediatric residents, the Washington Chapter of the AAP partnered this past January with residents to host their fourth annual Community Pediatrics “Speed Dating” mixer. The event brought together pediatric residents and community pediatricians from across the greater Seattle area for dinner, socializing, and a speed-dating style meet-and-greet where residents had one-on-one time to discuss everything from general clinic workflow and lifestyle to the nitty-gritty of RVU’s and contract negotiations.

What started as a small idea from current WCAAP trustee and former SCH resident, Wei-Jen Hsieh, has gained momentum since its inaugural launch in the Spring of 2017. The once casual gathering with burritos at the Gasworks picnic shelter has since found its home at Optimism Brewery in Capitol Hill, which has graciously offered event space for the past three years. At this year’s event, attendings from Swedish Pediatrics, Neighborcare Health, Mercer Island Pediatrics, Odessa Brown Children’s Clinic and the Everett Clinic were paired with residents from all three residency classes at 5-10-minute increments before rotating pairs.

One resident noted that the majority of graduate medical education across the country is spent rounding on the wards and in the intensive care units of urban US hospitals, despite the well-publicized national shortage of primary care physicians. While Seattle Children’s WWAMI program offers trainees a unique opportunity to spend several months in a primary care setting either in Washington State (Yakima, Port Angeles, Bellingham), the greater Pacific Northwest (Sandpoint, ID, Pocatello, ID, Missoula, MT), or Alaska, residents rarely have the chance to pick the brains of so many practicing community physicians all at once before making the big leap to community practice.

If you would like to participate this event, traditionally held the final Thursday in January, please contact Samara Jinks-Chang at samara.jinks-chang@seattlechildrens.org.